Manna da walked off  stage for his cuppa and people started flocking out. Swimming through the crowd in the foyer we tried to spot a tea kiosk. But no luck. Seems the tea was only for the performers.

Meanwhile, we spotted Mr Shimmering Kurta, the MC chappie letting the dams burst on his sympathizer of the moment, a pretty radio presenter. "Everything is going wrong, didn't you hear all the things Manna da said on stage?". The pathos in his voice had the power to turn the bright pink of his ensemble into a Devdas grey. 'Oh no! you are doing a great job', his companion consoled. "Manna Da did say that we are trying our best on the stage." (dil behlaane ke liye ghalib....).

In retrospect, after having ventured into the quagmire of organising a show, I recommened a large BJ size pack of Kleenex tissues as a handy accessory for all those braving to go there. Murphy's myriad laws are certain to give a dazzling display of their solidity on these occasions. But this is now, back in 2004, I was a face of the thankless audience. Sympathetic chuckles were all I could muster for our poor Mr Shimmering Kurta.

With no luck on the tea-front we headed back discussing the songs we hoped that Dada would sing in the second round. The SJ onslaught really needed to be reduced, we both agreed on that one. What is it with SJ? 70% of the songs that evening were by them. And not a single song by SD Burman?. Blasphemy. I hope he sings atleast one song, I said. "Yes, and 'Tere naina talash karen' should be the song", ventured Madhura. "Ow come one. 'Tere naina talash karen' is too mechanically monkeyish", (the armchair critic in me at it's flowery best). "If it is SD Burman  'Poocho na kaise' is what it should be". On the topic of SD Burman, Madhura has learnt that the 'patli gali' is the best exit route. "You are snob paaji", she said, dropping but not conceeding the point. How could she 'Tere Naina Talash' is her favourite Manna Dey song.

We went back to our seats and almost immediately the second part of the show started. After some cursory thank yous and mandatory performances by the kith and kin of the whos-who of New Jersey,  Zafreen was back again. She started with 'Dil cheez kya hai'. Again a mesmerizing rendition and now she was confident too.

"Are there any Bengalis in the audience?" she asked, after she finished with the song.
Ofcourse there were.
"Would you like to hear a Bengali song?"
Ofcourse they did!

The bongs close to us shouted 'Sadher lau' (literal translation: 'The quest of the Gourd(Lauki/Ghiya)’. A chartbuster Bengali song, that is a soulful ode to the modest lauki(you got it right!). For all those who are followers of Swami Ramdev’s lauki detoxification routine, this is your anthem! I must digress to say, that it is not for nothing that most Bongs have such perfect roshogulla cheeks. There is a lot of lowbh(love) and passion for food that goes in cultivating them. The evolved epicurean that I am, and the frequency with which I am mistaken for a bong(It has got to be the roshogulla cheeks) I simply had to lend my voice to the voice of their soul. 'Saadher Lau' I shouted in unison. . But Lauki it seems does not count in Zafreen's favourite vegetables(or she doesn’t have the hots for Swami Ramdev). So she made some excuse in Bengali ('hoibe na'  was what I caught) and proceeded to sing a 'Lota' song. I had not heard the song before. Madhura did not like it, but I, the honorary Bong, had to love it ofcourse.

Song finished, it was time for Zafreen to exit and Manna Da to make a re-entry. He came back and flipped a few pages of his book and proceeded to sing a few more songs. Prominent amongst those were 'Zindagi kaisi hai paheli hai', a song that was very well-received though he could not do as much justice to it. He did  far justice to his classical based songs. Amongst the qwaalis he sang 'Kisne chilman se maara' (SD Burman at last!) and the predictable 'O meri zohra jabeen'. The heady rhythms of the qwaalis pulsed up the audience and in the josh the orchestra invariably became raucous. Immediately there was a stern reprimand.  "Not so loud, not so loud, is this music or noise?!" . The players toned down at once with a huge smile on their face. Manna da continued to mutter to himself.

Somewhere down the line, one realises that the music-director within this singer, thrives. As Madhura pointed out, he wanted to be in complete control. He would give sargams to the keyboard player and bols to the tabla player. He would fine-tune their pace and volume. He was not merely singing. He was orchestrating. This is what made his performance so top-class. The primary purpose of the whole effort was not self-focused showman ship(as was with most other bollywoood music related concerts) but music. And Mannada was doing what he could do ensure we got quality music.

Getting back to the concert, there was no escape from the SJ onslaught, so we had a couple of more SJ songs like 'Tu pyaar ka sagar hai' followed by a Bangla song as some people requested for it. After that Manna da took an alaap which seemed faintly familiar and then suddenly as it plumetted to the throes of komal re of Ahir Bhairav, I gave out a whopee!. It was 'Poocho na kaise'!!  I closed my eyes and shut out all the lights and dazzle to establish a one to one with the voice. It was a soulful rendition. The voice was not the same anymore but the expression..richer, more nuanced and full of pathos. Age and it's accompanying experience has added many new dimensions to Manna Da's voice that one did not find in his original rendition of this song. The voice, however has lost the suppleness of yore. An artist had once very poignantly remarked  'Jab kala jawaan hoti hai to kalakaar budha ho jaata hai' [By the time his art blossoms, the artist has withered away] .It is truly ironical. Perfection is a fleeting image. Isn't it? The last strains of the song died out, I opened my eyes and focussed on my surroundings. A feeling of peace and tranqulity washed over me.

The concert could have ended here for all I cared, but there were a couple of more songs in line like 'Nadiya chale chale re dhaara' and 'yaari hai imaan'. The latter song from 'Zanzeer'  inspired a lot of clapping from the audience along with the customary sardarjis in the aisles with the handkerchiefs. The ensuing hungama and boisterousness got old man ranckled again. As soon as the song ended he muttered 'So much noise, aajkal toh wohi reh gaya hai, music jaaye bhaad mein'. He had obviously snapped out of his singing mood. He looked at his watch and said something like "Last". Predictably the last song was a pathos laden 'Aie mere pyaare watan' (why does this impression persist, that all NRIs weep into dripping handkerchiefs at the slightest hint of a desh-bhakti song?).

After he finished there was a huge protest from the audience asking for more. Someone shouted "Bangla", someone else shouted "Laaga chunri mein daag" and Madsji feebly mumbled "Tere naina talaash karen". But Manna da, back to grandpa mode admonished "It's past 12:30 AM now. Very late in the night.You should go home and sleep". But then he did go back to his harmonium and sing 'Kasme waade pyaar wafa sab'. In the midst he realised that his notebook was put away. Without sweat he told the musicians (and the audience) "Wait, wait", got up, picked up the notebook, opened it to the right page and completed the song! He had brought the intimacy and comfort of a drawing room mehfil to his show. He was the whimsical, indulgent grandpa and the audience his adoring grandchildren.

The final song brought about a standing ovation. The evening ended with a crisp goodbye from the legend  "Agar bhagwan ne saath diya toh phir milenge"[If God continues to be graceful we shall meet again].  I got a lump in my throat.

This concert, turned out to be a significant experience for me. As we drove back Madsji and I chatted about it. She has always been a Manna Dey fan  This concert just reaffirmed her faith. But I, the born critic, have always been a Manna Dey basher. I've called him mechanical, mawkish, insipid and God knows what all. As Shiela Dhar alludes in her seminal 'Raga 'N' Josh' , the modern listener is irreverent and demanding. Bringing down legends, is passed off for being objective and discerning. It is accepted to belabour over Lata Mangeshkar's shrieky tone in the higher octaves, however, the exceptional talent, hard work and dedication that it takes to become Lata Mangeshkar is taken for granted. Everything is reduced to a dry academic evaluation. And yours truly, let me admit, is the greatest culprit in that respect. Coming face to face with a  legend, that day showed me my place. It made me realise the worthlessness of being a critic (ofcourse for the effect to be long lasting you need to keep going back and attending such concerts ).

The show was badly organised, a lot of things went wrong, Manna Dey himself  threw many tantrums but through all this one thing did shine through. His commitment to music and quality. He did not compromise on either. I have come across many music lovers who criticise Mannada and other musicians for throwing tantrums during concerts. But what escapes most of them is the deeper reason behind these trantrums. I have attended so many concerts, where is orchestra and acoustics are so bad that one has to sit through the concert with the fingers protecting the ear-drums. Thanks to Mannada's control, in this concert the accompanying music was pleasant and harmonious. I conceed, sometimes the tantrums are for reasons that seem unreasonable to us normal folks. But then, again we have to understand, artists are not normal folks. Art needs to be pampered, indulged and coaxed out. Eventually an audience gets only as much as it deserves. And mind you, this quantification is not based on price of the ticket!

That evening with Manna Dey was a truly memorable experience and I fervently hope that I do get to see this dear old man again!

Footnote : Manna Dey is now 89 years old and still going strong.  In 2006 while organizing an SD Burman Centenary Show I got a chance to interact with him. It was an unmitigated pleasure to do so. I wish this legend many many more years of music.

My Pick of Manna Dey songs 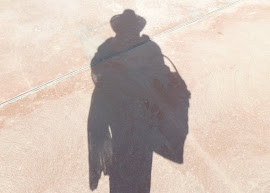